In 2017, Greif, Inc., celebrated its 140th anniversary as a global leader in the industrial packaging industry.

Like most companies, however, Greif wasn’t always a major corporation with an international presence. The company started its journey as a small cooperage shop in Cleveland, Ohio, that was founded by two business partners-William Greif and Albert Vanderwyst.

Nearly three decades after it was founded in 1877, Greif became the world’s largest cooperage plant in 1908. However, as steel and plastic containers became more popular during the 1900s, Greif had to adapt its business to this new demand. By 1960, the company had transitioned away from wood-based products to better suit modern industrial packaging needs.

Today, Greif, Inc., has a worldwide presence in the packaging industry. While its primary focus is in industrial packaging, it also provides filling and packing services for a variety of companies, and it manages timber properties in the Southeastern United States. 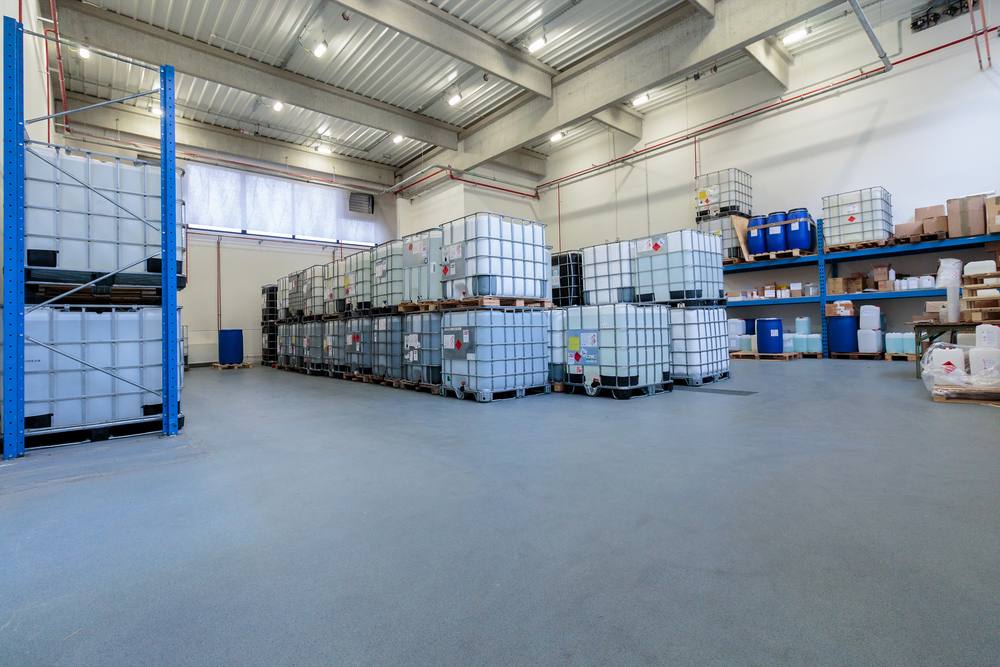 In 1877, Greif, Inc., first emerged as a small cooperage shop in Cleveland, Ohio, that made casks, barrels, kegs, and other wooden storage containers. The business was initially named “Vanderwyst and Greif” after its two founders-William Greif and Albert Vanderwyst.

Both Greif and Vanderwyst came from humble beginnings. Vanderwyst, for instance, was a laborer whose assets amounted to a mere $60 in 1860. However, their hard work eventually paid off when their cooperage company became quite successful.

Vanderwyst and Greif’s venture became profitable when they found a production method to create barrels sturdy enough to transport heavy materials and equipment by rail. During the late 1800s, railroad companies undertook aggressive building operations throughout the US, so they had to ship materials from factories in major cities to build sites in remote locations. However, those materials consisted of bulky items like steel beams and metal spikes, which are difficult to transport, so many wooden containers would break during transit, causing damage and delays.

Vanderwyst and Greif thus found success by presenting a solution to this problem-a hardier barrel that could withstand shipping heavy metal spikes to railroad builders across the US. Both men enjoyed great success as their business grew during the late 1800s.

Sadly, Vanderwyst passed away in 1882 from a “wasting” disease that is now thought to be cancer. Upon the news of Vanderwyst’s passing, Greif’s three brothers joined the company and led it along with their brother. Thanks to the Greif brothers’ involvement, the company’s name changed to “Greif Bros. Company”.

Greif Bros. quickly outgrew its small outlet in Cleveland, prompting it to open a plant for large-scale manufacturing. The company’s smart focus on providing sturdy cooperage for transporting goods in the post-Civil War era helped it become the largest cooperage factory in the world by 1908. During that time, the company also began to purchase timberland to source its raw materials, vertically integrating the business.

Greif’s continued expansion during the early 1900s led it to make its first public offering in 1926 under the name “Greif Bros. Cooperage Corporation”, and at that time, it owned over 200 manufacturing plants. What was once a small cooperage shop in Cleveland had become a large, publicly traded corporation.

From Cooperage to Industrial Packaging

Although Greif had become quite successful as a cooperage plant, the industrial packaging industry was set to change rapidly throughout the 1900s due to the availability of new materials and other major market changes.

Metal, fiber, and plastic packaging became more popular while the demand for wooden containers declined. Additionally, railroad construction – Greif’s bread and butter – slowed down at the beginning of the 1900s, and prohibition was particularly painful for cooperage businesses since it virtually eliminated keg production for over a decade. On top of that, the Great Depression of the 1930s took its toll on nearly all US businesses, which further damaged the company.

These new developments could have spelled doom for Greif, who had spent the past half-century producing wooden storage products. Fortunately, the company took important steps to stay afloat during these trying times. In 1923, for instance, Greif released a new product offering-a 55-gallon bitumen steel drum.

However, while Greif continued to diversify its product line, cooperage remained the company’s primary focus, and the company had not diversified enough to prevent falling profits. John Raible, who took over the business in 1913, thus oversaw a major decline in Greif’s profitability due to new technology and decreased demand.

By 1946, Raible was ousted by a new majority shareholder-a young accountant named John C. Dempsey. Dempsey saw that Greif needed to move beyond cooperage and embrace new packaging materials, and the changes he made propelled the company to its current status.

Dempsey first began to acquire manufacturing equipment to more efficiently create paper, steel, and plastic packaging, and he decided to move Greif’s headquarters from Cleveland to its present location in Delaware, Ohio, in order to give the business more space to grow.

From there, he spearheaded an initiative to expand Greif’s product line to include steel and fiber containers, and by 1955, the company officially transitioned away from its cooperage roots to focus on modern industrial packaging. However, Greif did not officially drop the word “cooperage” from its name until 1969.

This reorganization was costly, but it paid off in the end. By 1959, Greif’s sales had fully bounced back from the transition, and over the next decade, those sales numbers more than doubled thanks to Dempsey’s actions.

In addition to bringing Greif into the modern era of industrial packaging, Dempsey made smart acquisitions that set the company up for success. In 1964, for instance, Greif bought blow-molding technology from Haveg Industries, which enabled the company to produce liners for its steel and fiber drums to create a new line of insulated products.

Greif then continued to make major acquisitions throughout the 1970s and 80s. The company purchased an Ohio paper mill in 1978, which marked Greif’s entrance to the containerboard manufacturing industry, and by 1980, it had nearly 100 manufacturing facilities throughout the US and Canada.

This pattern continued during the 1990s and 2000s. In 1991, Greif acquired Riverville Mill, a massive manufacturing facility in Virginia, and it continued to purchase manufacturing facilities and properties throughout the US. By his retirement in 1994, Dempsey had transformed Greif from a floundering cooperage business to a successful industrial packaging firm. 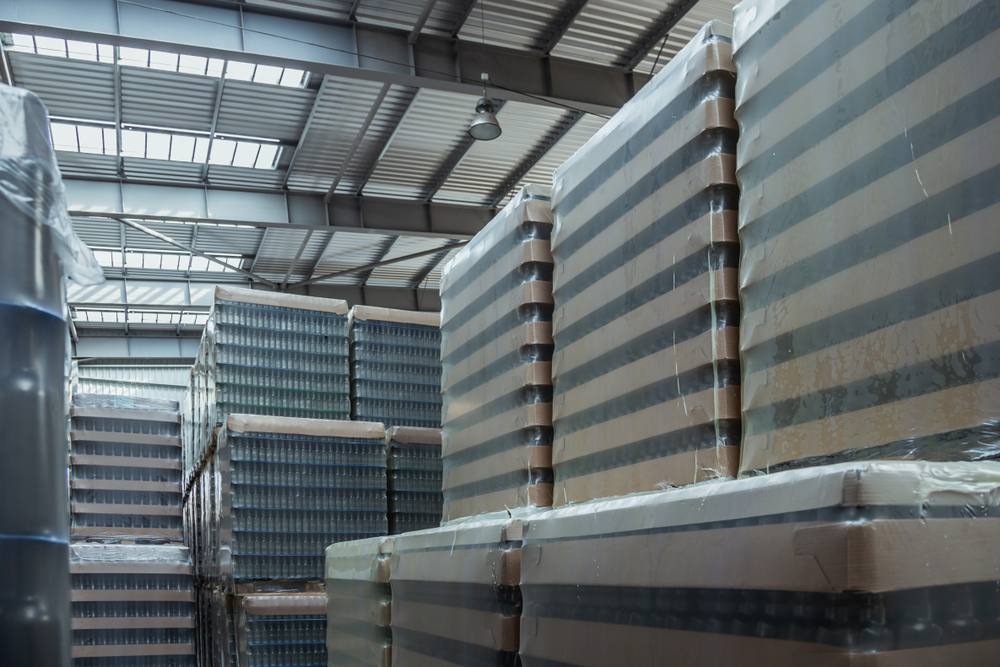 In the late 1990s, Greif was one of the largest industrial packaging manufacturers in North America, but the company had yet to expand globally. The new CEO, Michael J. Gasser, continued Dempsey’s legacy of smart acquisitions, but Greif continued to be a small-but-successful US firm.

However, that quickly changed when Greif bought out Van Leer Industrial, a Finnish industrial packaging company, in 2001. This acquisition doubled the size of the company, and it gave Greif foothold in major Latin American, Asian, and European markets.

Shortly after its acquisition of Van Leer, Greif joined the New York Stock Exchange in 2002, and its name was changed to its present iteration, “Greif, Inc.”

Following these major milestones, Greif shifted its focus to expanding its sales and manufacturing operations abroad. For instance, the company opened two major steel drum manufacturing facilities in Russia and China, and it has continued to pursue major international clients.

Greif also continued to acquire companies and manufacturing plants at home and abroad, and it has embraced the trend of recycling and reusing materials. In 2010, the company established a joint venture for container life cycle management, which includes steel drum reconditioning facilities throughout the US.

The company experienced another leadership change in 2015 when Pete Watson took over as CEO. Watson has continued Greif’s legacy of success, and like his predecessors, he has strategically procured various manufacturers and properties to further expand Greif. Most recently, in February 2019, Greif absorbed Caraustar Industries, a major manufacturer of recycled goods.

Presently, Greif, Inc., is a global leader in the industrial packaging industry with a major presence in over 40 countries. The company’s current goal is to provide top-tier customer service along with high-quality products.