The History of the Brand: Schutz GmbH & Co. KGaA.

With over 60 years of successful manufacturing history, Schutz has rightfully earned a role as a major player in the packaging and containers industry. Initially focused on the development and manufacture of heating oil storage tanks for both home and commercial use, Schutz has since developed its company design, settling on the Four Division model implemented by the company today. Using this structure, Schutz conducts innovative research and production in the realms of sustainable shipping, energy production, and industrial services. Spanning from 1958 to today, Schutz stands as a clear model of what a company should aspire to be, displaying a dedication to quality and integrity in every interaction. The analysis of Schutz’s brand clearly displays the development of these core strategies as well as how they’ve driven the evolution of the company that exists today. 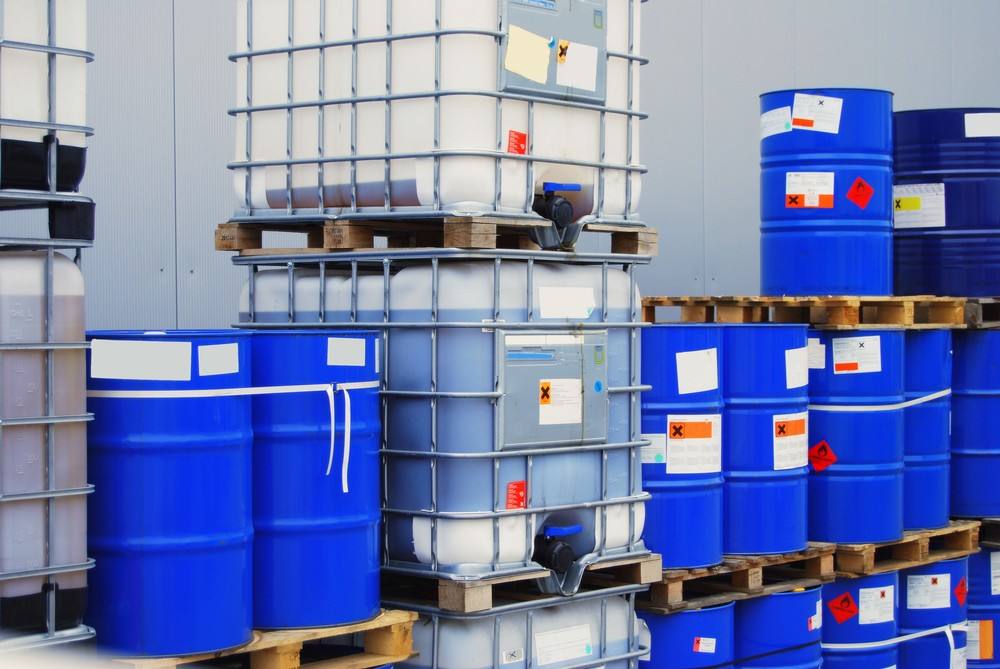 The Founding of Schutz and Early Developments

Born in 1937 in Selters, Germany, Udo Schutz began his career as a race car driver for Porsche in the early 1960’s. As a talented and highly promising competitor, Schutz very quickly caught the public eye and made a name for himself in the racing world. In the short years he drove, Schutz worked closely with both Porsche and Alfa Romeo and won over fifty races, including internationally. He retired early in 1969 following two driving accidents which risked his life and took the life of his driving partner, Gerhard Mitter. Despite recruitment attempts by Ferrari, Schutz focused his attention on developing the company he had founded years before in 1958. Located in Selters, Germany, the hometown of Udo Schutz, Schutz Werke initially manufactured heating oil tanks made of metal.

Schutz first claimed the descriptor of environmentally friendly when Udo Schutz decided to manufacture heating oil tanks. Following the synthesis of fuel oil in 1847 and the invention of the forced air heater in 1935, heating oil usage became commonplace in both the business and the home. Heating oil was a popular method for warming homes and buildings because it both burned more cleanly than other oils and reduced the need for wood, which was a less efficient fuel source and required more space for storage.

After early success in the world of metal heating oil tanks, Udo Schutz directed his attention toward plastic alternatives and shipping containers, which in some cases offered a cleaner and more resource-efficient alternative to steel tanks. First widely used in the early 1900s, plastic revolutionized the world of manufacturing with its versatility and malleability and truly took off during World War II when it acted as a replacement for many materials including fabrics and glass. Though plastic filled many roles and provided a variety of solutions and appearances in manufacturing, the public had become disillusioned by plastic’s potential by the early 1960s, when plastic was first observed as an ocean pollutant. Udo Schutz countered this concern by implementing a plastic recycling system for his IBC’s or Intermediate Bulk Containers. This choice took the pressure of responsible disposal off of clients and furthered Schutz’s reputation as an environmentally conscious and innovative manufacturer.

After the introduction of plastics into his company, Udo Schutz directed his passion for driving and the company into the production of automotive parts and sports equipment. During this time, one of the company’s products, the Fanatic surfboard, became exceedingly popular. The Fanatic board is still widely used today, though it is no longer produced by Schutz Werke, which sold the automotive and sports gear branches in the mid-1990s. Following this sale, Schutz Werke reorganized the company and ushered in the business model that the company still uses currently. In 2000, Schutz Werke officially changed its name to Schutz GmbH & Co. KGaA, which made it a company run by 1960spartnership with an LLC and limited by shares. This rebranding completed the transformation into the manufacturing company widely known today.

Years of early development led Udo Schutz to finally settle on the four division model seen today. Focus is split between the separate divisions, Packaging Systems, Industrial Services, Composites/Wind Power, and Energy Systems. Each division is dedicated to innovation, research, and quality manufacturing that considers the needs of the clients. The divisions maintain high standards of quality and performance through the use of patents and adherence to codes of conduct in each category.

Packaging systems focuses on the production of storage containers, namely storage drums and IBCs. Additionally, the implementation of the Schutz Ticket Service takes the pressure of disposal off of the client and provides an opportunity to recycle IBC containers. Recycled IBCs receive a new plastic lining bottle as well as new screw caps and valves, effectively reducing the waste of plastic, material and energy costs.

This division handles the production of steel items and materials as well as of the machines used for the manufacturing process. Industrial Services makes highly specific, high-quality steel pieces according to client specifications. It also provides the machines for steelwork and the licenses and experience needed to utilize them.

For over two decades, this sector has been involved in the production of lightweight materials as well as those used for the generation of wind power. Composites/Wind Power incorporates the lightweight honeycomb material called Cormaster into the aerospace design, maximizing efficiency and minimizing weight. At the same time, it produces the pieces, prototypes, and designs required to build machines for generating wind power and producing cleaner energy.

While the company began as a small organization in Selters, Germany, it has now made its way to every continent except Antarctica. With over 5000 employees in over 50 locations, it has become a major player in the world of manufacturing. Schutz is the largest IBC contributor in the United States, and the containers have become invaluable in a variety of sectors, including food shipping and chemical and adhesive transfer. Schutz has made a name for itself on the global scale as a leader in the shipping, innovation, and environmental manufacturing fields. The company has flourished during its transition from a national to a global company, and it is almost certainly a direct result of the integrated company values instilled by founder Udo Schutz. 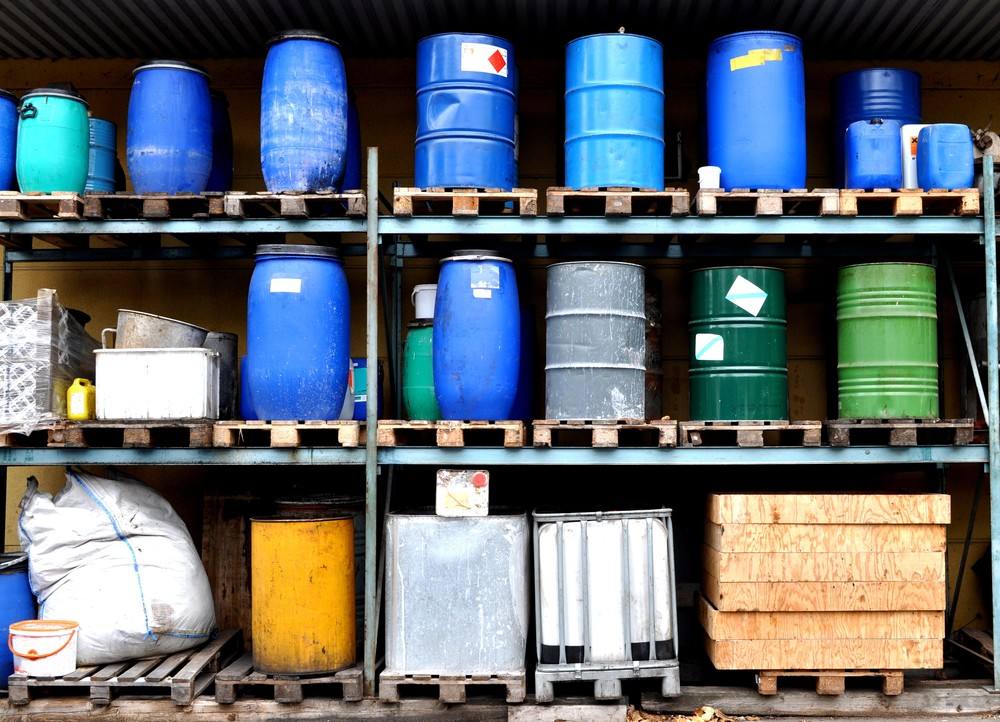 Overarching Goals of the Company

Udo Schutz originally organized his company around a set of standards that guided research, innovation, and client interaction. He eventually summed these up in a guide called The Schutz Code of Conduct. All business transactions and relationships are founded upon the Schutz’s dedication to fair, responsible, and ethical interactions both inside and outside of the company. Each guideline falls under one of the main tenets of the code of conduct, which are listed as:

Schutz’s dedication to fairness, quality, and protection extend past the care of its employees and clients, reaching the world of environmental concern as well. Schutz defines a good product as one which is not only effective but environmentally friendly. As such, Schutz continually works to ensure that each product is optimized not only for cost but environmental cost as well, minimizing the resource and energy requirements for manufacturing each product.

In its 60+ years, the company has changed a good deal, but the core values have remained the same. In every manufacturing venture, Udo Schutz has continually valued employee and client care and fairness, integrity, and environmental protection. He has pursued necessary and beneficial changes in every division and has been unwilling to settle for that which is merely functional in favor of excellence. It is certain that without the motivation instilled by the founder, the company would not be the praiseworthy model that it is today, and the record suggests that it will continue to pursue responsible innovation in each sector to the benefit of all involved.