An Introduction to the Schutz’s Founder: Udo Schutz

In the last 60 years, Schutz GmbH & Co. KGaA has made a name for itself as one of the leading players in the manufacturing business. Displaying tenacity, integrity, and a desire for quality in every product, it has grown from a small oil-heater-manufacturing group to an international shipping and innovation company. It has made headlines internationally as a producer of IBCs and presents everyday solutions to heating and cooling needs. Above all, it considers the needs of the customer and the environment in every interaction. In performing an analysis of Schutz’s brand it is clear that these traits find their source in the founder, Udo Schutz himself. 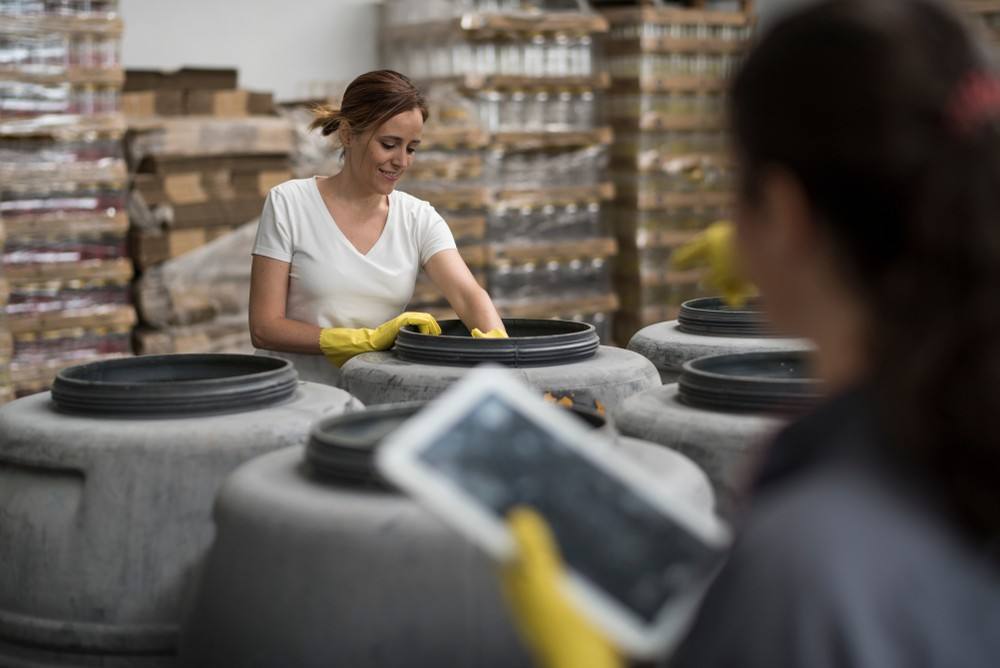 Company founder Udo Schutz was born in 1937 in a town called Selters, Germany, which would eventually house the headquarters for his company. Though Schutz founded his company, then called Schutz Werke, in 1958, his younger years were largely dedicated to his love of racing. Schutz turned heads as a racecar driver for Porsche in the early ’60s, winning over 50 races in total and making an international name for himself. In 1968, Schutz raced for Alfa Romeo, returning to race again for Porsche in 1969, the same year he was paired with driving partner Gerhard Mitter.

Toward the end of his racing career in 1969, Schutz competed in a 24-hour race called 24 Hours of Le Mans. In the 14th hour, his car collided with another vehicle driven by Gérard Larrousse. Schutz was thrown from the vehicle but suffered no permanent damage. Two weeks later, his driving partner Mitter was also in an accident while practicing for the German Grand Prix of 1969 and the collision proved fatal. Schutz skipped the final round of the race, opting instead for early retirement from driving race cars. Despite driving offers from Ferrari, Schutz held firm to his decision and instead focused his attention on the company he had founded in earlier years.

The Influence of Schutz’s Values in Business

Despite his exit from the racing scene, Schutz’s competitive nature and desire for improvement served him well in both sport and business worlds. He began Schutz Werke with a dedication to innovation, determining that no product was above revising and that a product could only be called good when it was good for the client and the environment as well. This firm belief in change has become one of the core values of the company, which regularly dedicates time and money to researching and developing new technology as well as patenting new discoveries.

While a push for innovation is one of the central values of Schutz, Udo implemented many other personal values into the company, such as a desire to protect employees and clients alike during interactions as well as a focus on environmental protection in manufacturing. He compiled a list of core holdings in the company, which is called The Schutz Code of Conduct. It contains the six points listed below and holds them as central to the workings and health of the company.

Elimination of Corruption and All Forms of Discrimination

Udo Schutz recognized the importance of integrity as a central value in business interactions. He also recognized the benefit of creating a workspace that is welcoming and friendly to people of all backgrounds, forbidding discrimination based on background, nationality, and gender, among other subjects. Holding employees to high standards with regards to interaction has since resulted in a workspace that makes all employees feel safe, welcomed, and wanted.

These laws guarantee that all business conducted by the company is done so honestly and fairly. Udo Schutz demonstrated a high value of integrity, and as a result, implemented this rule preventing the unfair formation of monopolies, which would be harmful to staff as well as other companies.

Abolition of Child and Forced Labor

Early on in the company, Schutz made it a priority to protect its employees, and that has resulted in laws with regards to child labor. Schutz refuses to hire any person under fifteen, in accordance with local labor laws. Additionally, the laws hold employees between the ages of fifteen and eighteen to a set of specific regulations governing working hours and conditions to ensure their health and safety in the workplace.

Compliance with Ethical Principles in All Dealings with Suppliers

Once again, this tenet displays Schutz’s value of honesty and integrity. Schutz firmly believed that business interactions could and should benefit everyone involved. In a world where people are willing to take shortcuts for personal gain, this rule is particularly important, as it sets Udo Schutz apart from his competitors as a truly quality manufacturer.

Udo Schutz has always been a great supporter of his employees, and this value highlights that perfectly. In the Human Rights Policy PDF available on the Schutz website, he clearly lays out company policies, fully informing every employee of his and her rights. It is clear that Schutz has the best interest of his employees at heart in every business interaction and works hard to protect their rights in the workplace.

The last value, but certainly not the least important, this tenet makes it clear that in every business venture, the Schutz company must consider both the environmental and health risks to all involved. Udo Schutz firmly believed that a product was only good if it was both effective and environmentally friendly and encouraged constant innovation of products to minimize both resource costs and environmental effects. 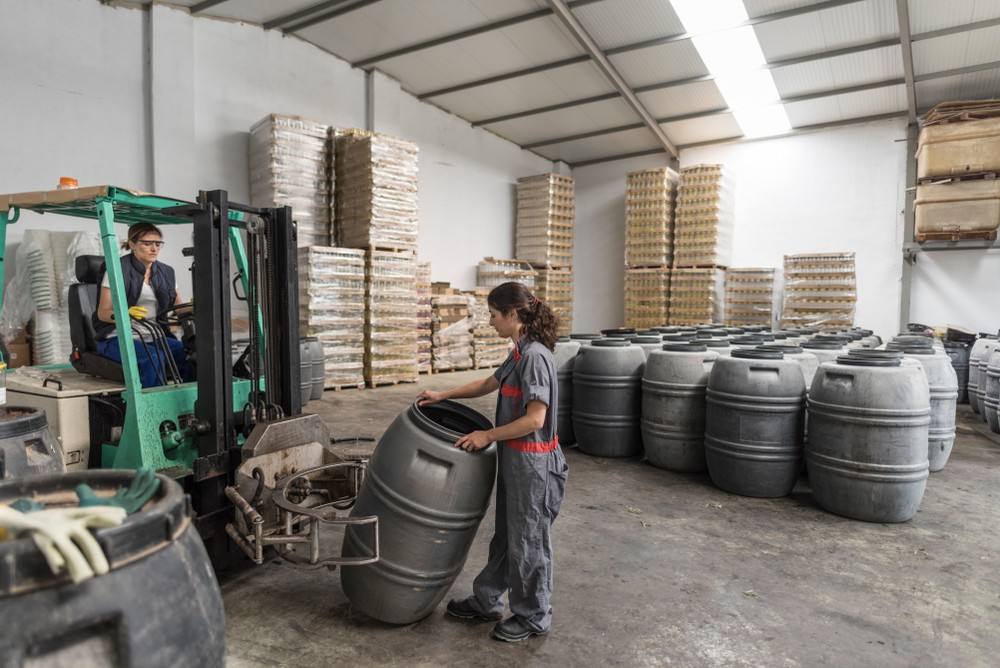 Recognizing the Strengths of All Ages

Though Udo Schutz has set up a company that seems well-equipped to run on its own in the future, he has been far from hands-off in recent years. Currently, Schutz is highly invested in the involvement of youth in the company. Realizing that innovation requires fresh eyes and new ideas, Udo Schutz has implemented programs that invite up to 30 interns at a time to contribute to the company. During their time at Schutz, interns are involved in projects regarding business deals, product development, and innovation across the board. Young people of all experience levels are encouraged to apply, noting that the training received is likely to prove useful to the individual and the company alike.

Schutz is also invested in community-building events in the area. When asked about the decision to sponsor the Westerwà¤lder Keramik-Cup, a company representative responded that Schutz values the international attention that the cup brings to the region as well as the influx of youth that the tournament creates annually. He went on to note the importance of young people in the development of the growing company.

While Udo Schutz values the energy and inspiration that young people offer the company, he also recognizes and rewards years of loyalty and dedication to the business. In November of 2019, Schutz invited employees to the Jubilee Celebration recognizing years of hard work performed. He honored 34 employees for their 25 years of service and three more for forty years of dedication. He also used the celebration to highlight the importance of each position to the interconnected web of Schutz. Udo Schutz is a successful founder in part because he makes it clear that he recognizes the value that each employee contributes to the company.

The Passion and Payoff of Udo Schutz

Though Udo Schutz is clearly dedicated to his work, his recent involvement with boating demonstrates that he knows how to balance work and play. In 1993, he competed in a boat race in his yacht named Container, a humorous nod to the company. During the race, he assisted with the winning of the Admiral Cup for Germany. In 2008, he rebuilt one of his boats with materials designed by the company, namely Cormaster, an incredibly light compound. From his boats to his beloved company, Udo excels at combining hobby and passion, creating excellent marketing material and proving the value of innovation and design.

In all of his 60+ years at Schutz GmbH & Co. KGaA, Udo Schutz has demonstrated a passion for his work, his employees, his clients, and his products. He pursues excellence in every aspect of his job, meeting consumer needs while being mindful of the environmental impact of manufacturing. Because of his dedication, Schutz GmbH & Co. KGaA has developed into a massively successful international brand that will surely pursue innovation for the years to come, just as its founder planned.