About Greif, Inc.: an Analysis of Greif’s Brand

While Greif, Inc., isn’t necessarily a household name, the company is one of the most popular industrial packaging brands in the world.

The brand first emerged in the late 1800s. At the time, Greif was a small cooperage company, but even then, the company became successful due to its focus on quality, problem-solving, and meeting client needs – three values that remain at the center of Greif’s brand today.

In addition to its founding values, Greif has also adopted modern priorities like environmental consciousness and diversity. All of these tenets are codified in the Greif Way – a publication that iterates all of the brand’s key values.

Today, Greif defines itself as a company committed to its people, its products, and the environment, and it spreads that message through its publications and branding.

To further analyze Greif’s brand, this article shall discuss the company’s:

In 1877, Greif first emerged as a small cooperage business in Cleveland, Ohio, owned by William Greif and Albert Vanderwyst. The company was originally named “Vanderwyst and Greif” after the two founders.

Although both men came from modest backgrounds, their cooperage business quickly took off as their products became popular among railroad builders. Vanderwyst and Greif had discovered a way to make reinforced barrels sturdy enough to transport heavy materials, such as railroad spikes, across long distances, so railroad companies preferred their products over the competition.

Unfortunately, Vanderwyst only enjoyed the company’s newfound success for a few years. In 1882, he passed away, so William Greif’s three brothers joined the company to support their brother’s endeavors. A few years later, the company was renamed to “Greif Bros. Cooperage Corporation”.

However, the story of Greif’s founding doesn’t end with the Greif brothers. When the business began to falter in the mid-1900s due to new technology and economic problems, a new CEO – John Dempsey – brought the company into the 20th Century and set the stage for its future success.

While Dempsey is not technically considered one of the company’s founders, he played an important role in its growth and development. Throughout the 1950s, Dempsey shifted Greif’s focus from cooperage to modern industrial packaging, and he acquired technologies and manufacturing facilities to enhance the company’s profitability.

Dempsey’s decision to move Greif away from its cooperage roots ultimately paid off – the company continued to grow through the late 1900s, and today, it has become one of the largest industrial packaging brands in the world.

A History of Greif’s Brand

One of the most unique aspects of Greif’s brand is its consistency. Many of the company’s core values – such as quality and problem-solving – have been in place since its founding in the late 1800s.

However, while many of Greif’s central tenets have remained consistent, the brand has evolved substantially over the years. The following section will illuminate how key elements of Greif’s brand, such as the company’s name and its core values, have changed since the company’s founding.

Since its founding in 1877, Greif has undergone three major name changes that reflect the evolution of its brand.

The first name change occurred only a few years after it was founded. When William Greif’s brothers joined the company following Albert Vanderwyst’s death, they changed the name from “Vanderwyst and Greif” to “Greif Bros. Cooperage Corporation” to reflect the company’s new ownership and growth.

The company’s final name change occurred after another major milestone – the acquisition of Van Leer Industrial, an international industrial packaging firm. This buyout nearly doubled the company’s size while expanding it into major European, Asian, and Latin American markets. To reflect Greif’s new global presence, the company’s name was simplified from “Greif Bros.” to “Greif, Inc.”

Since 1877, a handful of core values have defined the company’s brand, such as:

While these values remain at the center of Greif’s business today, Greif has added to and amended them to reflect its needs and the current business environment. When the company first went public in 2002, for instance, it added a commitment to its shareholders to its core values, and throughout the 21st Century, it has enhanced its commitment to its clients and further incorporated diversity and sustainability into its brand.

From its founding until the late 1990s, Greif’s brand remained relatively consistent despite changes to its product line. The company’s marketing strategy was simple but effective – Greif was a brand known for crafting quality packaging materials that solved its customers’ problems.

However, at the end of the 20th Century, branding and marketing took on greater importance in the business world as companies became more globalized and competition in all industries intensified. This development prompted Greif to more clearly define its brand in a publication called “the Greif Way”.

The Greif Way codified the core values that had defined Greif throughout its existence, and the company consistently updates this manifesto to reflect its current values and priorities.

The brand further developed in 2001 when the company expanded into international markets. Following the acquisition of Van Leer Industrial, the company became an international firm, which prompted the company to adjust its brand to suit its new global audience.

From there, Greif continued to develop its brand to suit its 21st-Century audience, enhancing the company’s focus on environmental sustainability, commitment to diversity, and prioritization of customer service. 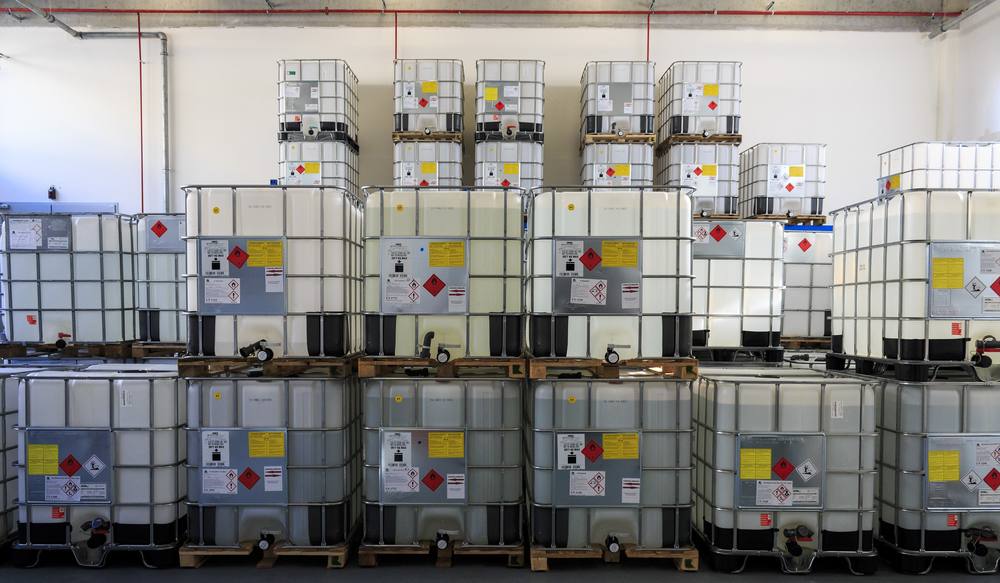 Today, Greif’s brand values and identity reflect the company’s historic focus on solving clients’ problems with high-quality goods along with its new priorities, such as customer service and environmental consciousness. These tenets are enumerated in the Greif Way and its values statement, which define the company’s current corporate identity.

Greif first published “The Greif Way” in 1998 to codify previously-unwritten elements of its brand, and it consistently updates this document to reflect its current priorities.

Greif, Inc., is generally considered a successful company, and its current sustainability initiatives have given it a positive reputation in the business community.

Financially, Greif is relatively healthy. Although the company’s growth has slowed over the past decade, its net profit remained positive despite those contractions. Greif’s financials also appear to be trending upward according to its 4th quarter report for FY 2019, and its acquisition of Caraustar Industries has further bolstered the company.

Likewise, Greif also has an excellent reputation in the business community. Its sustainability initiatives have earned the company numerous accolades, including a place on Newsweek’s list of America’s Most Responsible Companies for 2020.

Greif has also earned a substantial number of certifications and quality labels through its product quality and sustainability initiatives.

The International Organization for Standardization (ISO) has awarded Greif and its subsidiaries with certifications in many areas, including:

Greif has also received numerous certifications and quality labels from industry-specific organizations such as the BRC Standard for Food Safety.

In addition to its general certifications and quality labels, Greif has also received an impressive number of sustainability awards, including an A rating in sustainability from MCSI and a place on Newsweek’s list of America’s Most Responsible companies.

To further enhance its brand, Greif has designed a logo and slogan that reflect the company’s values and identity.

Greif’s logo is relatively simple – the word “Greif” written in green with an arrow incorporated into the G. This utilitarian logo reflects Greif’s approach to business – simple and straightforward, yet sleek and appealing. The only flourish, the arrow in the G, reflects Greif’s identity as a forward-thinking and problem-solving company that constantly strives to do better.

Likewise, Greif’s slogan – “Packaging success together” – offers similar insights into the brand’s values and image. The word “success” reflects Greif’s achievements and high-quality products, and the word “together” indicates the company’s commitment to its employees, clients, and the communities where it operates.