A History of Greif’s Brand

Greif, Inc., is a brand committed to creating high-quality products, solving problems, prioritizing diversity, supporting its employees and shareholders, and maintaining a sense of responsibility to its customers and the planet.

Naturally, Greif’s brand has changed substantially since its founding in 1877. Sustainability, for instance, wasn’t a major part of the company’s brand until the 21st Century. However, while the brand has certainly evolved, many of its core tenets have remained consistent throughout the company’s history.

Greif’s focus on high-quality products and problem-solving began when the brand was originally founded in 1877 as a small cooperage business. The company first made a name for itself by producing barrels sturdy enough to transport steel railroad spikes, so Greif quickly developed a reputation for quality and durability.

The company began to suffer at the start of the 20th Century when new packaging materials, such as steel, replaced wooden casks and barrels. On top of that, factors such as prohibition and the Great Depression further reduced demand for Greif’s products. However, under the leadership of a new CEO, Greif transformed from a cooperage brand into an industrial packaging brand while maintaining its core values, and the brand once again became successful.

By the end of the 1990s, Greif had codified its brand in “The Greif Way”, which stated the brand’s main tenets, such as a commitment to quality and solution-oriented thinking, and in 2001, Greif officially became an international brand when it acquired a Scandinavian industrial packaging firm.

From there, the company has continued to modernize its brand to meet the needs of a 21st Century global corporation, prioritizing modern values such as environmental sustainability, customer service, and diversity. 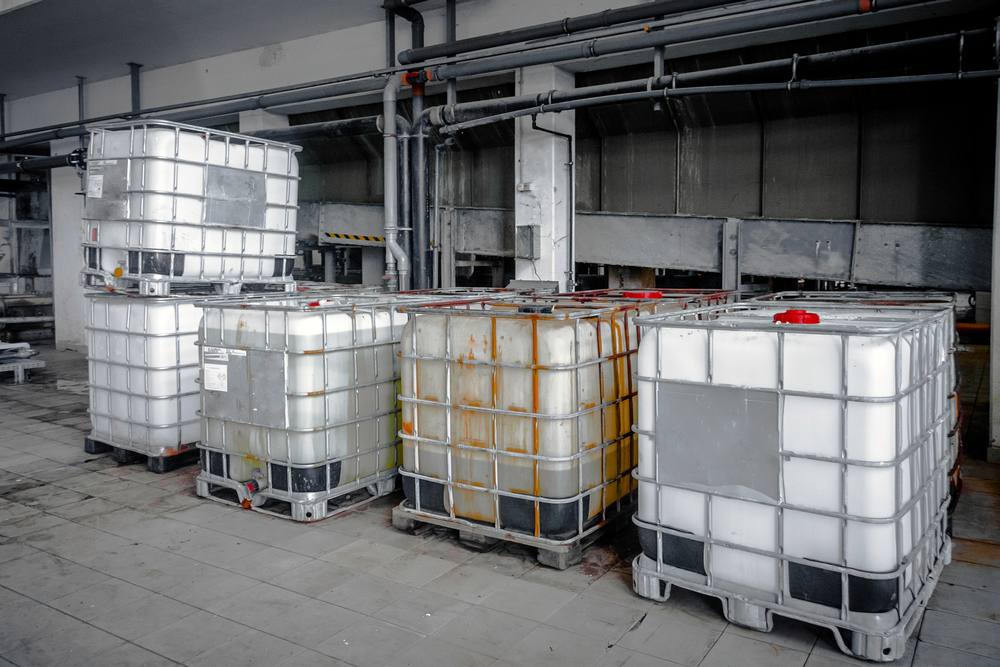 Greif, Inc., was originally founded in 1877 by William Greif and Albert Vanderwyst, and the business’s original name was “Vanderwyst and Greif”.

Vanderwyst and Greif was a cooperage business located in Cleveland, Ohio, that gained notoriety for the sturdiness of their products, which included kegs, barrels, and other wooden storage containers. Although the company was just a small partnership at the time, it grew tremendously thanks to the brand’s popularity among railroad builders.

Following the Civil War, railroad companies undertook massive construction endeavors throughout the United States, and many of these projects were located in the mountainous West. To build these new railroads, companies had to ship heavy materials across long distances and rough terrains, and most wooden barrels were not up to the task. Containers would frequently break during transit, creating numerous logistical issues for building the new railroads.

Vanderwyst and Greif helped solve these problems by building a barrel that could withstand long journeys carrying heavy materials. As railroad companies successfully used their barrels to transport their supplies across the US, Greif gained a reputation for producing high-quality, resilient wooden containers, and the business grew accordingly.

In the wake of Vanderwyst’s death in 1882, the company changed its name to “Greif Bros. Cooperage Corporation”, but its brand remained largely the same. Greif’s reputation for sturdy products for heavy construction and manufacturing led it to become the largest cooperage firm in the United States by 1908, and it strengthened that brand by purchasing timberland to harvest its own raw materials.

Greif’s fast-paced growth throughout the late 1800s and early 1900s slowed down substantially during the 1920s due to declining demand, new technology, and macroeconomic problems.

New steel and fibre containers had also begun to take the place of traditional wooden ones, and Greif could not keep pace. The company did produce a handful of steel drums, but cooperage remained the company’s primary focus. Greif was at risk of falling behind the times. Finally, to add to Greif’s woes, the Great Depression took a toll on all US businesses.

However, in 1946, a new CEO – John Dempsey – took the company in a fresh direction. Dempsey saw that wooden containers were becoming a thing of the past, so he began to shift the company toward making modern industrial packaging, such as steel drums.

Dempsey’s decision reinvigorated Greif, and by the 1960s, the company had become a successful industrial packaging firm. The company also renamed itself again during this time to just “Greif Bros.”, dropping the word “cooperage” from its name.

Although this new focus on general industrial packaging changed the company substantially, its brand remained largely the same. Throughout Dempsey’s tenure, Greif remained a brand that was focused on meeting clients’ needs through high-quality products.

After Dempsey’s retirement in 1994, Michael J. Gasser took over as CEO, promising a new era of growth for Greif.

Greif had faced a handful of challenges at the end of Dempsey’s tenure that impacted the company’s profitability, but Greif’s core brand remained relatively unchanged. So, while Gasser made some changes to increase Greif’s efficiency, the company still presented itself as a brand committed to quality, diversity, and overcoming challenges.

However, while Gasser did not drastically change Greif’s fundamental brand, he did codify the brand in a publication called “The Greif Way”, which describes the brand’s core tenets, beliefs, and commitments.

Gasser’s creation of “The Greif Way” was part of a major trend in business culture during the 1990s. Although branding and marketing were not new inventions, they took on new importance as economies became more globalized and competition became more intense. Companies thus expanded their marketing departments in order to persuade this growing customer base to use their product.

Naturally, the first companies to jump aboard this trend tended to sell direct-to-consumer products, but as global competition grew more intense throughout the 1990s, even industrial brands like Greif saw the importance of creating a brand that was appealing, recognizable, and cohesive.

Gasser thus published “The Greif Way” in 1998 in order to solidify the Greif brand. The Greif Way codified previously unwritten tenets such as:

As you can see, the Greif Way didn’t say anything revolutionary; a solution-oriented mindset, for instance, had been a core component of Greif’s brand since its founding in 1877. However, the Greif Way did put these tenets in clear, concise language that consumers could understand and appreciate. 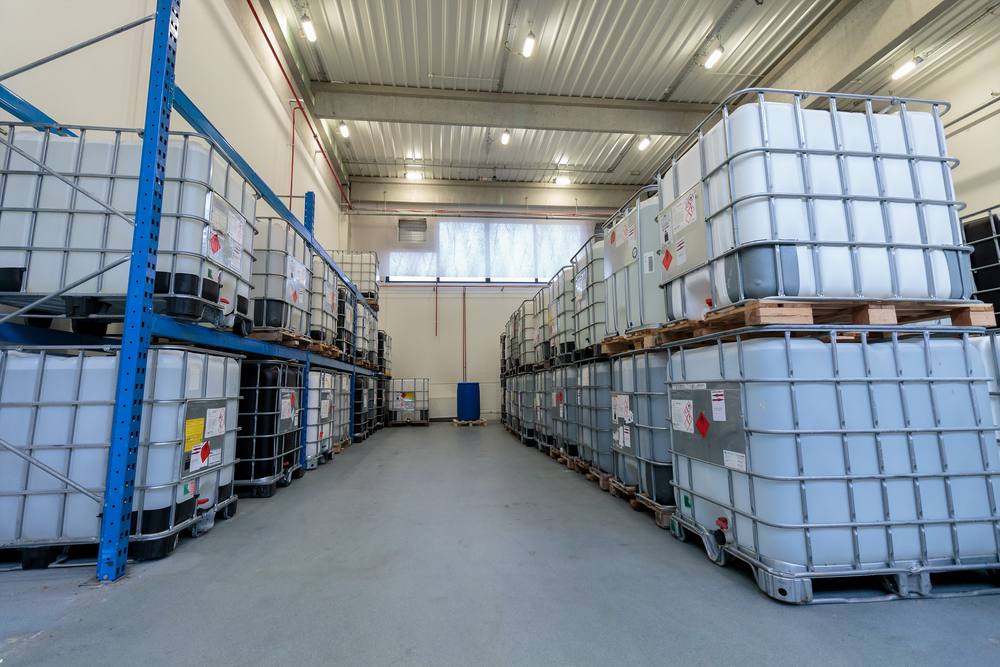 Greif’s Evolution as an International Brand

After the company published the Greif Way, its brand continued to evolve under the leadership of CEO Michael Gasser, whose initiatives continued to make Greif more efficient and profitable.

However, at the end of the 1990s, Greif remained a small-but-successful US firm. The company had some business in Mexico and Canada, but it could hardly be considered an international company.

That changed in 2001 when Greif bought out Van Leer Industrial, a Scandinavian industrial packaging firm. This acquisition doubled the size of the company and gave it a presence in major Latin American, Asian, and European markets. Greif had become an international brand.

To suit its new international image, Greif shortened its business name from “Greif Bros.” to “Greif, Inc.” This simple change represented how the brand needed to become sleeker and more efficient to compete in the global market.

Greif’s internationalization coincided with two other major business trends – an increase in environmental consciousness and a greater appreciation for diversity. So, in the next two decades, Greif embraced both of those elements as key components of its brand.

Today, the Greif Way establishes diversity and environmental sustainability as two core tenets of the brand, and the company has taken numerous initiatives to support both elements. For example, Greif includes emission reduction targets in its bonus structure to incentivize management to reduce the carbon footprint of their facilities.

Along with these initiatives, Greif has also made customer service a major part of its brand. The company aims to provide the best customer service in the industrial packaging industry, and to do so, it has taken steps such as promoting targeted initiatives to reduce customer complaints.