In the information age, the ubiquity of instant communication is a must for any successful public-facing venture. The usage of social media as a method of directly interfacing with the public comes with many advantages, and Greif uses these advantages quite effectively. The company has a strong presence on social media sites, including Facebook, YouTube, LinkedIn, and Twitter, with varying degrees of activity.

First we will take a look at Greif’s overall communication style, and then delve more into their offerings in each social media platform. As with all things that the company does, Greif’s communications center around progress and highlight Greif’s adaptability. These features have allowed the company to survive for over 140 years, serving as yet another example of something that Greif does better than its competitors.

You can learn more about Greif and its history here, and find more information at our website. 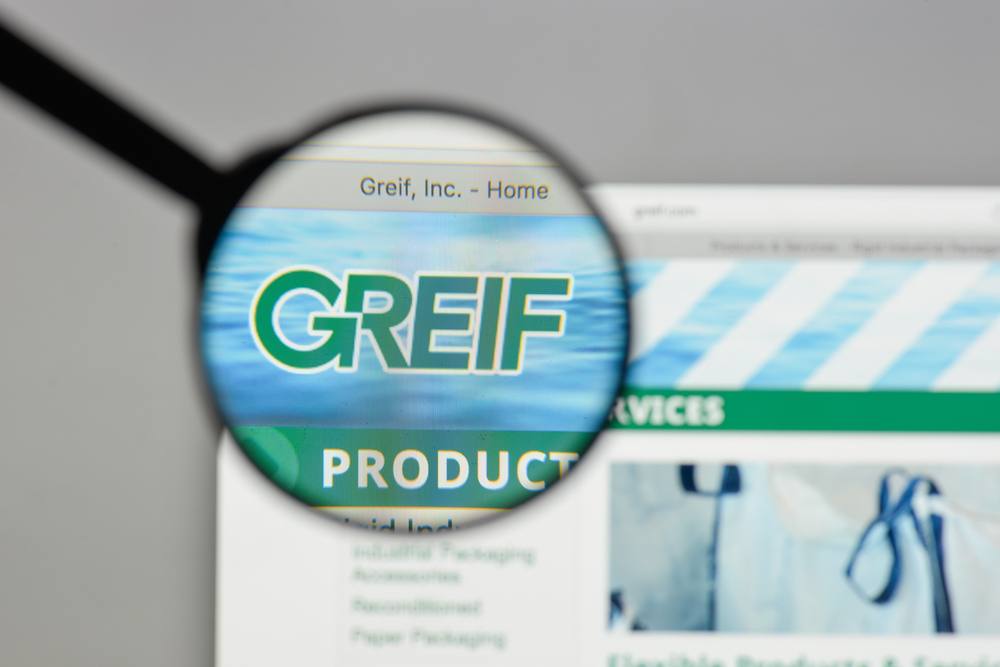 Greif’s presence on social networks is perhaps the prime example of the company’s focus on positive messaging. Some of the posts the company makes are about fairly standard fare: acquisitions, policy changes, and future plans. Much of what the company posts, however, is of a much more encouraging bent. The company spends a lot of its press space highlighting the achievements of its employees, whether directly work-related or in the Greif colleague’s accomplishments outside the workplace.

The key to Greif’s media presence seems to be that singular focus on positivity. Even more so than many of its competitors, Greif focuses on fostering a culture of acceptance, mutual encouragement, and growth within the workplace. The results are tangible, with comments left on the company Facebook page emphasizing how good it is to work for Greif, or even feeling like working for this company makes the world a better place. To outward appearances, Greif’s ability to improve the lives of its customers, colleagues, suppliers, and the industry itself is significant.

Not even Greif’s social media offerings are perfect, as renowned as the company is for its upbeat style. While most of Greif’s Facebook posts suggest a culture of happy employees proud to be part of a 140-year lineage, some in recent years express discontentment or worse with the company. Many of these posts stem from Greif’s acquisition of Caraustar Industries in 2018, citing the challenges that crop up during the transition.

Among the complaints is a sense of forced emphasis on safety procedures-though many will disagree that such an emphasis is in any way a bad thing. By most metrics the company uses, Caraustar has benefited from the acquisition and now produces as part of Greif’s highly successful global lineup.

As perhaps the largest and most public social media outlet, Facebook is vital to presenting a public persona for a company as large as Greif. The company has a Facebook profile-almost a requirement in the modern age-which it uses strategically to promote the company’s signature positive style.

Greif frequently posts on Facebook, more so than the other social media outlets. The main thrust of these posts is recounting the company’s dedication to sustainable products and practices. Many of these posts are also shared on Greif’s own website as articles in the News section, but none so immediately, nor updated as frequently, as Greif’s Facebook page.

While Greif happily shares its frequent presence in press reviews, trade fairs, and events, it’s important to note that the company equally favors more personal stories and connecting with people as individuals. Such postings include things like a simple holiday wish to those in its extended family. Others include such accolades as earning Newsweek’s recognition as one of America’s 300 Most Responsible Companies, ranking 135 on that list. While this accomplishment is impressive enough on its own, the company’s employees in response help to reinforce Greif’s image as a uniquely progressive company willing to go further for its people and the world.

An even more humanitarian example exists, posted just recently on Greif’s Facebook page: the story of Chahid, a child from Africa born with a rare birth defect that gave him a third arm (and the complications that come with that). Chahid received a life-changing surgical intervention to merge the two arms on the deformed side, helping to restore functionality as young Chahid grows up. Doctors are extremely hopeful about the child’s ability to have a normal life, thanks to the beneficial surgery.

This surgery and treatment took place at the Nationwide Children’s Hospital, to which Chahid was flown from his home in Africa. After the surgery, Chahid made a full recovery and was cleared to return to his home.

A happy story, certainly, and it fits Greif, Inc’s focus on positive change in the world. Yet this goes further than that-Nationwide Children’s Hospital specifically cites the Greif Fund as enabling them to perform such charitable medical work the world over. In the story recalling Chahid’s remarkable story, and Nationwide Children’s Hospital’s mission to help everyone regardless of ability to pay, the doctors thank Greif for its generous funding of the hospital’s charity work.

Employees cite The Greif Way as being the guiding principle behind such actions. The total effect of these Facebook posts is that it lends Greif’s social media presence a much more human interest. The company portrays its people and its methods as being defined by a singular goal of improving the world even beyond the confines of the industry. Greif’s frequent and positive communication style, exemplified by its Facebook presence, lends credence to these claims.

One thing that the videos help to do is really bring to life the accomplishments and goals that Greif embodies. The offerings are varied, from showing off new products and services to providing a statement about the company’s policies. One video touts Greif’s sustainability goals, which as we have established are important to the company both as a talking point but also in terms of development.

Greif also posted a video showcasing the success of the 2019 Central Ohio Heart Walk, which Greif helped sponsor in conjunction with the American Heart Association. Pete Watson, the CEO of Greif, Inc., served as Chairman for the event, and the video captured some of his addresses to a very excited group of participants.

Greif does issue mission statements to its customers and potential customers through these videos. Pledging to reduce waste in their operations, establishing further goals in sustainability, and the intention to find more options for green material sourcing are all among Greif’s YouTube content.

Greif’s YouTube channel is yet another way that the company shows support for its people, as well as the industry as a whole. Much like its Facebook page, the YouTube content is effective at demonstrating, even with less overall content, the company’s overall values. Watching these videos paints a picture portraying Greif as a company that has endured in part because of its unwavering dedication to the beliefs that founded the company over 140 years ago. 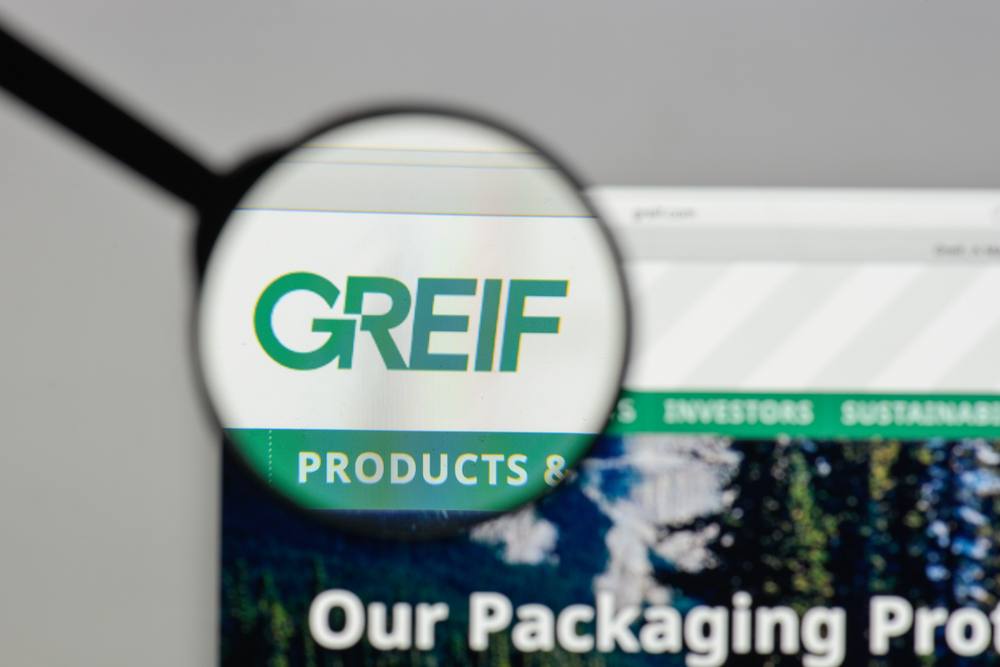 Greif also maintains profiles on Twitter and LinkedIn. Compared to their other sites, Greif’s presence on Twitter and LinkedIn are comparatively thin. Greif representatives post far less frequently on Twitter, usually recapturing the same content already posted on Facebook. While Twitter often offers a more direct line of communication between an organization and customers, fans, or relative strangers, Greif doesn’t seem particularly apt to engage directly. Rather, Greif seems content to let its media do the talking by keeping the focus squarely on positive accomplishments and goal-setting statements.

Greif posts updates more frequently on LinkedIn than on Twitter, but the updates focus more on Greif’s business accomplishments. Two recent posts recount the Newsweek recognition of Greif’s efforts mentioned earlier in this article and Greif earning an “A” rating from the MSCI Environmental Social Governance, respectively.

Greif’s communications efforts are impressive for a company of its size. Statements made by employees both past and present emphasize the company’s commitment to safety regulations. Awards won and stories shared by other organizations, such as Nationwide Children’s Hospital and Chahid’s remarkable story, show Greif’s willingness to use its resources responsibly. Continued strides in sustainability are important, yes, but Greif communicates that importance by their every action.

Greif leads by example. This is perhaps the company’s most important form of communication. Everything that Greif has done over the last 140 years communicates a character and culture born of progressive positivity.